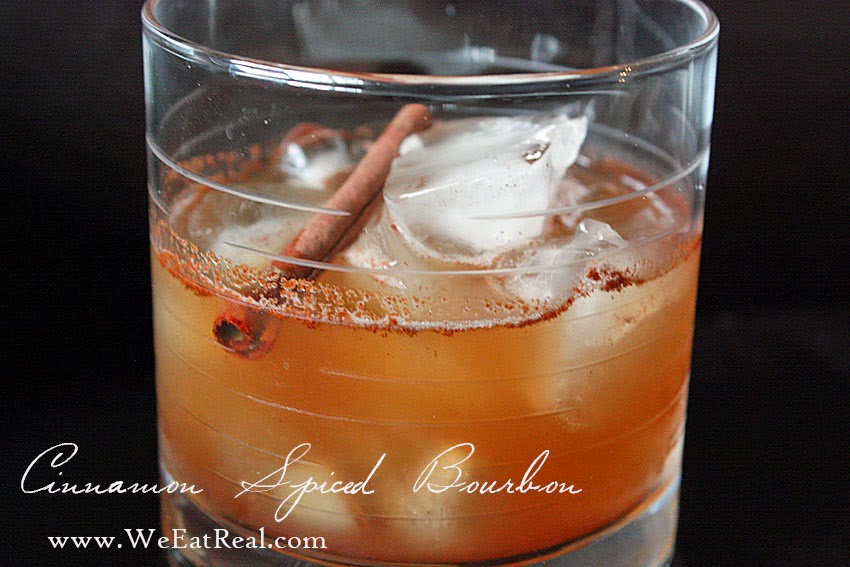 Here's a lovely autumn-flavored cocktail to offer your guests while they settle in with appetizers on the big day.

Cinnamon Spiced Bourbon
Honey bourbon is, as its name suggests, bourbon infused with honey. Some popular brands to try are Jim Beam, Wild Turkey, and Jack Daniels. The flavor is subtle, warmly sweet, and surprisingly complex—often lingering with afternotes of vanilla, oak, and spice. It’s nice as a sipping bourbon, but I love what it does for cocktails like this one.