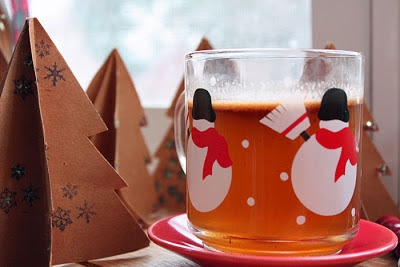 Winter is a drag. If I had my druthers, I'd live in one of those places where it never dips below 70 degrees, "snow" refers exclusively to something squirted with blue raspberry syrup and eaten from a paper cone at the fair, and perennial humidity makes it possible for me to like my hair. 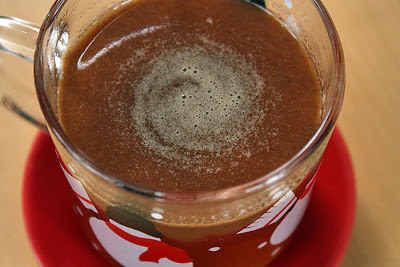 Alas, mine is no such clime. For example, this very morning, I spent an hour shoveling 6 million metric tons of frozen water off my driveway just so we could pull the car out. That is, in the event that we would want to go somewhere, which we would not, considering the fact that it was sleeting and slant-wise snowing out there.

Far better to stay home and read a book and drink a warming beverage. And so, I give you hot buttered rum, which has been a favored chill chaser since the Colonial days, and fairly effective at warming hands and bellies and even, dare I say it, making winter slightly more bearable.

In a medium mixing bowl, beat butter, sugar, spices, salt, zest, and salt until combined. Use a tablespoon scoop or two tablespoons to form 12 balls of the butter mixture, placing them in a single layer in a plastic container with a tightly fitting lid. Refrigerate until firm or up to two weeks (freeze for longer storage).

To serve: For each serving, place a butter ball in a 12-ounce mug. Pour 11/2 ounces of dark rum over, and top off mug with boiling water. Stir well and serve.