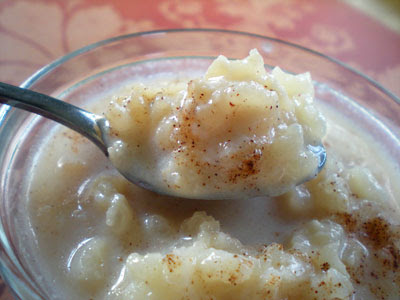 I went through my whole childhood hating rice pudding. Or thinking I hated it. I don't believe I ever actually tried rice pudding ~ I think I was just prejudiced against it based on a negative tapioca incident that took place in my grade-school cafeteria. Once I started making my own rice pudding, my eyes were opened to the sheer deliciousness of it, and now it's up there among my favorite desserts. 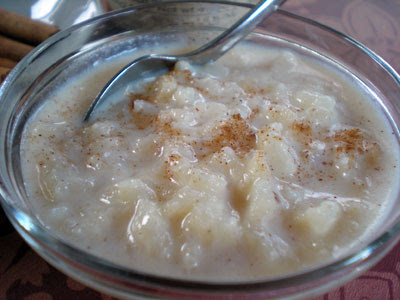 My rice pudding recipe of choice is a couple-of-times-a-year dessert because I make it with (brace yourself) light cream instead of milk. Sometimes I make it with half-and-half or half light cream and half whole milk, but it is terribly, wonderfully indulgent.

For this week's installment of TWD, however, I ran amok with Dorie's recipe. Not because I had a quibble with any part of it, but simply because it's been a while since I last went grocery shopping, and I'm down a few key items. Like whole milk, and arborio rice. Rather than run to the grocery store, I decided to improvise.

I used skim milk, then stirred in a tablespoon of butter along with the vanilla to enrich it a bit. I added a tablespoon of brown sugar to give the rice pudding a hint of caramel flavor. I added 1/2 teaspoon of good-quality cinnamon. And I replaced the arborio with medium-grain white rice, which got a little softer than I typically like but did a fine-enough job as a last-minute stand-in. 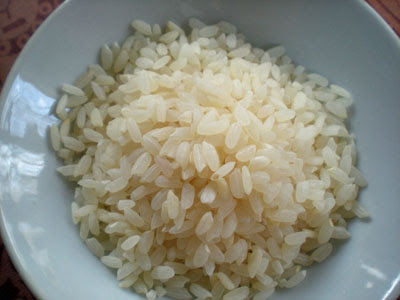 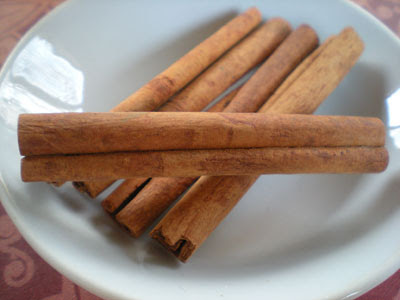 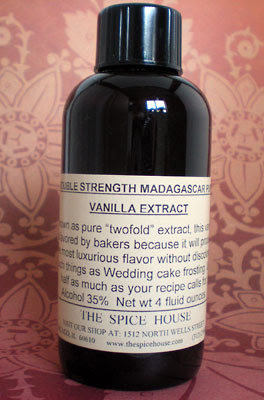 Ultimately, the rice pudding is pretty yummy. It is quite loose and not rich, but that's to be expected since I used skim milk. To bulk it up a bit, I could have stirred in a beaten egg or not rinsed the rice. That said, the rice pudding isn't really thin, either. It's just "light."

The flavor is fantastic ~ the simple addition of a bit of brown sugar and cinnamon transports this! Other flavorings you could add are cardamom, apple pie spice, or orange zest.

I'm going to surprise my kids by letting them have this for breakfast tomorrow. Really, it's not too much different nutritionally from any other non-whole-grain cereal (it has more protein that many), and it'll score some major points. We do breakfast for dinner all the time, but dessert for breakfast? Score. If you want to make this yourself, the recipe can be found on pages 412 and 413 of Dorie Greenspan's Baking: From My Home to Yours. Merci, Isabelle, of Les gourmandises d'Isa, for choosing this recipe! Be sure to stop by the TWD blogroll to see what everyone else has cooked up!