Like most of you probably do, I brush my teeth twice a day, morning and night, and floss when I remember to, which is less often than I give my dentist to believe. I'm not what you'd call a fanatic about dental hygiene, but the importance of a "stitch in time" in this particular case is pretty obvious.

Before there were toothbrushes, there were chew sticks: twigs with a frayed end that are rubbed against the teeth to clean them. Chew sticks have been found in ancient Egyptian tombs and are still in use in some regions of the world, including very rural areas of the Western world. Surprisingly, chew sticks are pretty effective. It appears that they do a passing fair job of cleaning teeth and keeping them healthy.

The toothbrush, although not a modern invention, is not as old as the chew stick. As early as the fifteenth century, there is evidence that the Chinese were using toothbrushes made from neck bristles plucked from hogs living in the regions of China and Siberia. Why these specific animals? Apparently the cold weather gives them some heavy-duty bristles. Good for the pigs, bad for the gums. When Europeans got ahold of these hog-bristle brushes via traders on the Orient route, they found they preferred their softer version, which was made from horsehair. But the horsehair bristles proved too soft and were not really effective enough to work well.

In 1938, Du Pont marketed the first toothbrush with nylon bristles. It was named Dr. West's Miracle Tuft Toothbrush, and its nylon bristles were hard and punishing on gum tissue. In the 1950s, a softer (more expensive) version of the nylon-bristled brush came out, and in 1961, the world say its first electric toothbrush, the Broxodent, from Squibb. In 1962, GE came out with its own electric toothbrush ~ and this time it was cordless.

I am grateful that I don't have to clean my teeth with a chewed-up stick or suffer the necessity of picking hog bristles out from between my molars (yes, that was a drawback). I like my soft-bristled cordless electric toothbrush, and I'm grateful for the fact that it helps keep my teeth in my mouth and out of pain.

What are you thankful for today?
Email Post
Labels: Thanksgiving 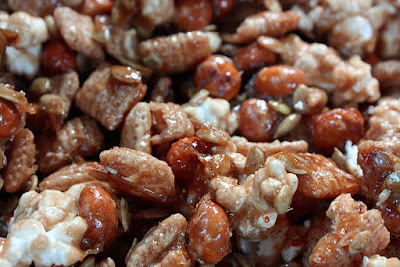