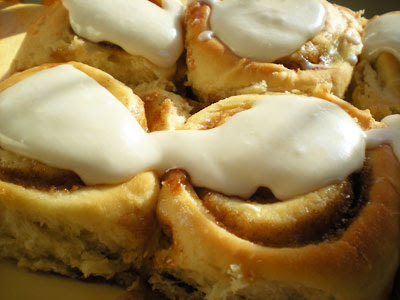 There is magic in the aroma of a baking cinnamon roll. There is an alchemy that occurs, turning such simple things as yeast, flour, sugar, cinnamon, and butter into heaven on a plate. Sure, they are decadent . . . and that's the point. A special treat to mark a special time, to honor a special person, to just delight in the pleasure of special foods. To have such a thing every day would render it (dare I say it?) ordinary. But once in a while, to indulge . . . 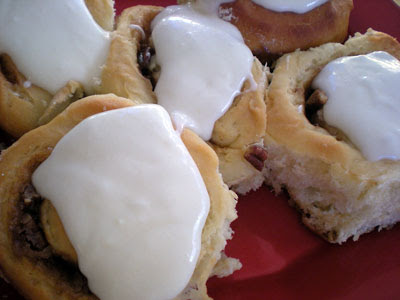 The good news it, making cinnamon rolls is easier than you think! They only smell magical ~ the actual process is pretty down to earth. We start with a basic yeast dough that is enriched. "Enriched" simply means that some sort of fat-containing ingredient (butter, cream, oil) has been added to the dough. What does this do? The addition of fat has the effect of increasing the dough's stretch, its elasticity, and producing a softer, more tender crumb and crust. 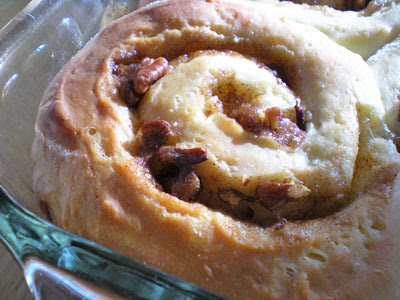 So, we have an enriched dough, a filling, and a very simple glaze. This recipe calls for instant yeast (also called RapidRise and bread machine yeast). There is no need to proof this yeast in liquid before adding it to the dry ingredients. With instant yeast, you use less than you would with active dry yeast because there are more live yeast cultures in it. You can use an envelope, or if you are measuring loose granules, you can use a teaspoon measure.

If you've never made cinnamon rolls before, give yourself plenty of time to relax and enjoy the process. And be patient. Once you get them into the oven and that smell starts taking over your house, you'll be spellbound. These are, of course, best eaten the day they're made, but in the unlikely event that there are leftovers, you can rewarm them in the microwave the following day. 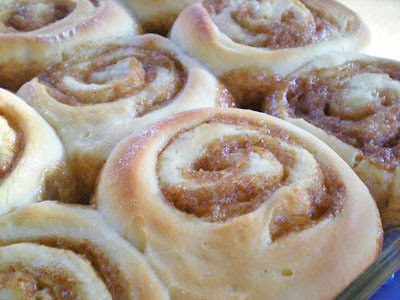 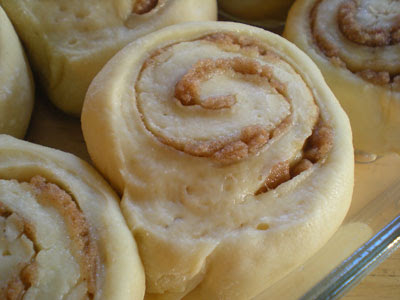 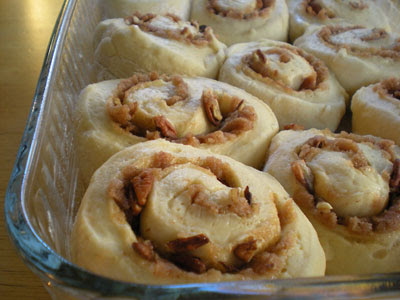 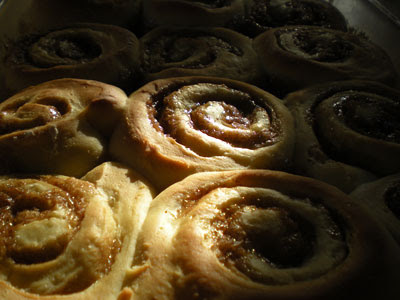