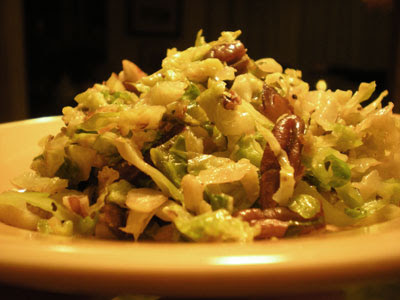 Without further delay, I'm posting the recipe for my Brussels sprouts dish, which I know some of you have been patiently waiting for (thank you). In the interest of speeding things up and getting this posted before Thanksgiving, which is when some of you wish to serve these, I'm posting the recipe before the pictures ~ stay tuned, the pictures will follow . . . later.

{Update: Pictures! I made these today for Thanksgiving dinner at my parents' house. They were pretty well received ~ the prevailing comments had a single theme: "I had no idea those were Brussels sprouts."}

These Brussels sprouts are good not just because they're Brussels sprouts (well, I think Brussels sprouts are just delightful), but because they're actually delicious! First off, they smell good when cooking, and that's saying something for a Brussels sprout. Second, these cook so quickly that they don't have time to develop the characteristic bitterness that can result from a protracted boil. Third, no stem end = less bitter, and you'll use the stem end here as your handle while slicing, then toss it (into the compost heap). And finally, they take no oven space, so you can whip these up at the last minute for your holiday table. To prep them in advance, slice them earlier in the day and keep them in a tightly sealed plastic container, or a resealable plastic bag, in the fridge. 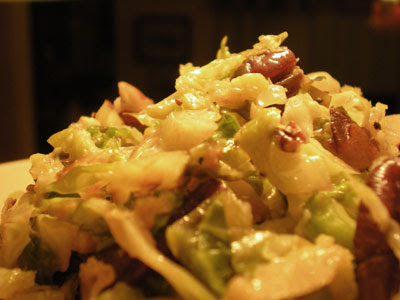 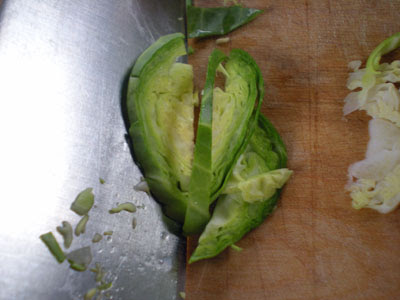 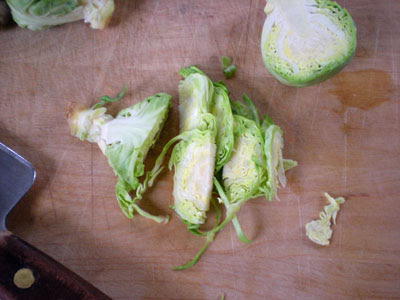 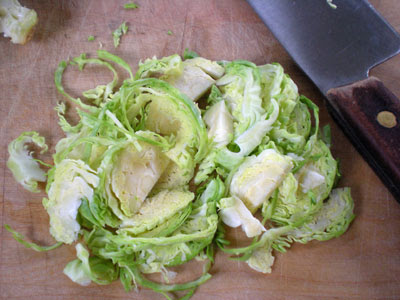 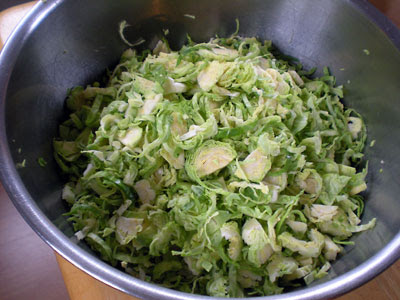 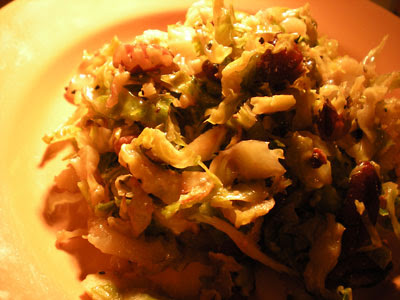 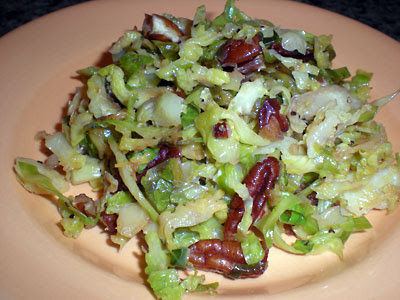