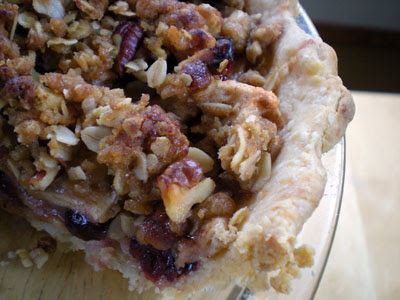 This is the third incarnation of my Apple-Cranberry Pie, with the same apples, same basic crumble, but a different crust. The crust here, an all-butter version, is from Cindy Mushet's terrific Art & Soul of Baking. 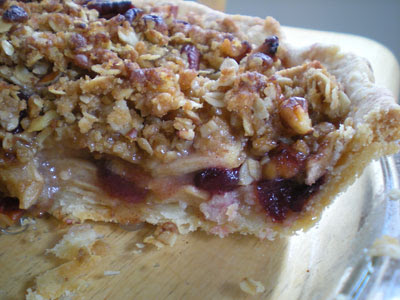 For the apples in this version of the pie-in-progress, I used a mixture of sweet and tart baking apples. There are so many varieties of apples to choose from, and everyone has their favorites. I like to mix and match apples according to sweetness and texture. I choose some that are tart, some that are sweet; some that hold their shape well after baking, some that break down to fill in the gaps. You can use whatever is available to you. Some of my favorites: 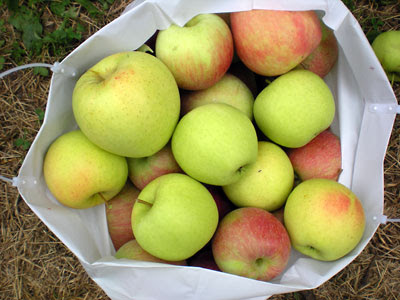 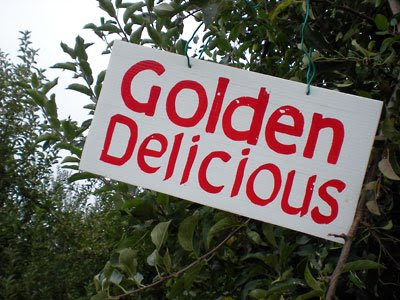 With Thanksgiving nearly upon us, pie has been on my mind a lot. In my family, I'm the designated Thanksgiving pie baker, and for our dinners (we have 2), I bake at least 8. For years, I've used the same recipe, given to me over a decade ago by a college roommate. It's a good, serviceable recipe made with cold water and shortening. It holds together well and doesn't distingrate overnight in the fridge, even under juicy fruit pies. But in the flavor department, it's a bit bland.

So lately, I've been experimenting with different types of crust ~ all vegetable shortening with added flavoring agents like sugar and spices, recipes that use part shortening and part butter, and crusts made with all butter and no shortening.

All the crusts I attempted turned out well texture-wise. If you pay attention to a few basics of technique, you can achieve a really good texture using just shortening. However, it's not too tough to imagine that the all-butter crust won the day as far as flavor is concerned. Really, it's head and shoulders above the all-shortening version, and if you're willing to put in the little bit of extra effort required to work with an all-butter pastry, I think it's worth choosing over the butter plus shortening version.

Butter has a lower melting temperature than shortening does, so if you're new to pie crust or your kitchen is really, really warm, you may want to work with a blend of shortening and butter. If you decide to make an all-butter crust, please don't ignore the recipe instructions that suggest freezing the butter and using very cold water to make the dough. Also, be sure to allow for plenty of chilling time between mixing the dough and rolling it out. 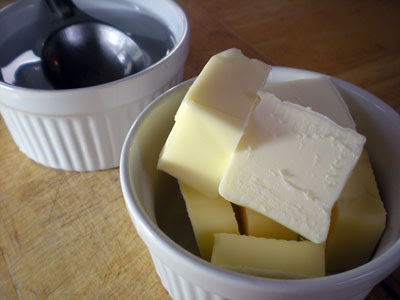 Why chill the dough for 30 minutes? This has two effects. First, it firms up the butter in the dough, making the pastry easier to work with and less likely to fall apart in the oven. Second, it gives the butter a chance to permeate and lubricate the flour particles. Ever drop a potato chip or a cookie crumb on a piece of paper and come back to find it's made a grease spot the size of a quarter? A similar effect is taking place here. The butter is essentially moisturizing the flour and making the dough more supple. Don't skip this - it'll be worth it later in frustration saved when you reach the rolling-out stage. 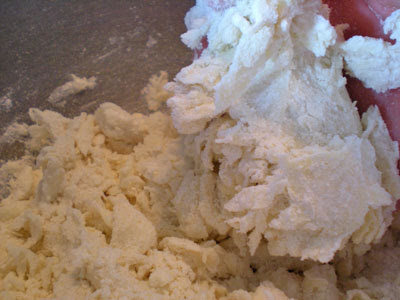 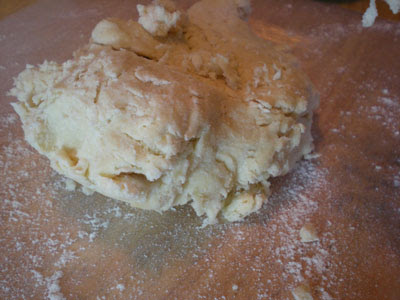 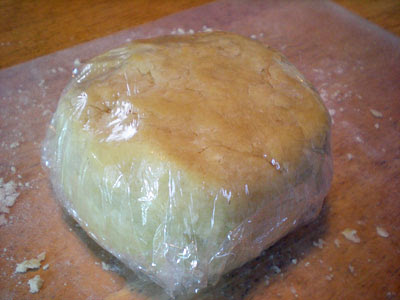 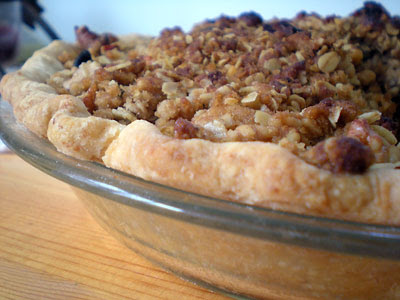 *You can find Cindy Mushet's complete commentary on ~ as well as the full recipe for her Flaky Pie Dough ~ here. Above is my shortened version, adapted from her wonderful book, The Art and Soul of Baking.

**If the oatmeal-pecan crumble and apple-cranberry filling sound familiar, it's because they are!Both made an earlier appearance as Brown Sugar Apple-Cranberry Crisp. The ingredients are modified a little to accommodate the pie pan vs. casserole dish swap, but overall, the recipes are quite similar. Craving apple pie and don't have time for a crust? Make the crisp!