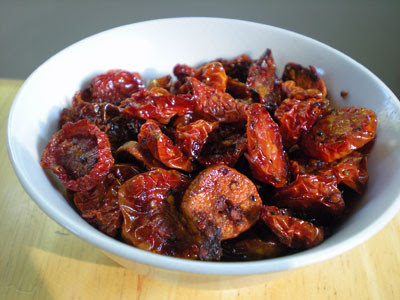 This summer was the first summer in perhaps 10 years that I put a garden in. It wasn’t an ambitious plot by any stretch — just a few tomato, eggplant, bean, and pepper plants; a handful of radishes; a few herbs; and one ridiculously productive grape tomato plant.

This St. Nicholas grape tomato plant produced pint after pint of the most delicious grape tomatoes I’ve ever eaten. Thin-skinned and sweet, the tomatoes grew in generous clusters that seemed to ripen on cue, every other day. Even now, at the end of the growing season, my hale St. Nicholas still has a few forlorn yellow blossoms clinging stubbornly to it. 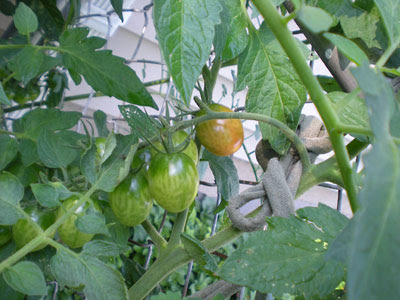 But such a tremendous volume of these little gems turned out to be an embarrassment of riches. There are just so many grape tomatoes you can eat on a salad every day, and my attempts to give them away were unsuccessful. (Apparently, none of my friends like tomatoes.) My parents and in-laws were growing their own. Even our poor guinea pig was growing tired of the single-source vitamin C booster. 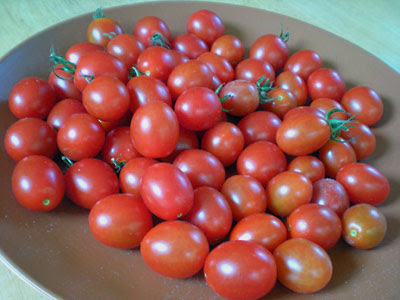 I tried roasting the little tomatoes, but they fell apart into a soupy mess with a somewhat disconcerting texture. And then I hit on the idea of turning the oven down and drying the tomatoes instead of roasting them. Success!

Drying the tomatoes instead of roasting them works something like culinary magic. Grape tomatoes are good. Grape tomatoes seasoned with olive oil, salt and pepper, and slowly oven-dried along with thick slices of fresh garlic are transformed. They become crispy, tangy-salty-sweet little morsels that are every bit as addictive as potato chips. I have been known to consume a good portion of the batch as it cools on the baking sheet, fresh from the oven.

Try them plain as a snack, toss a few into a salad or a pasta dish, or use them in anything that you’d use sun-dried tomatoes in. 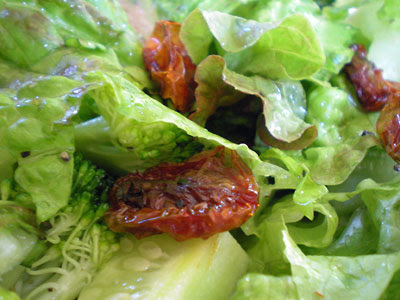 *Feel free to scale this recipe to accommodate your tomato booty. 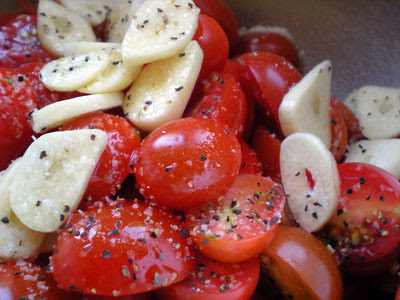 This is an update of an earlier post ~ you can see the original here.