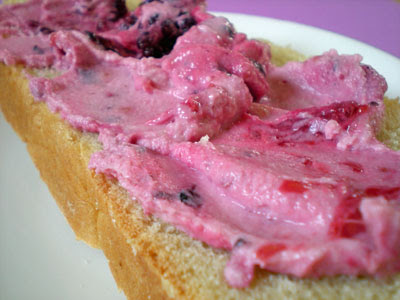 If you've never had it before, you might find yourself struggling to work up any degree of enthusiasm for a spread with a name like "yogurt cheese." That's okay. My own son, who wolfs this stuff down, finds the "cheese" part of the name a bit of a turnoff and insists that I refer to it only as "Yogurt Fruit Spread." So, if you find that a more palatable term, by all means, go with it. ("A rose by any other name . . .")

Yogurt cheese (aka, "Yogurt Spread") has a pretty low profile in the American mainstream. And that's too bad. So let's change that, starting now.

What is yogurt cheese? Essentially, it's yogurt with most of its liquid removed. The taste is pleasantly tangy, like yogurt's, but the body is smooth and spreadable like that of cream cheese, though much lighter. Neutral on its own, it can be flavored with either sweet or savory agents, so the variations are nearly endless. If pressed, I'd say it's sort of a cross between a non-goaty goat cheese, a Neufchatel, and a bowl of Greek-style yogurt. But really, it's in a class by itself. 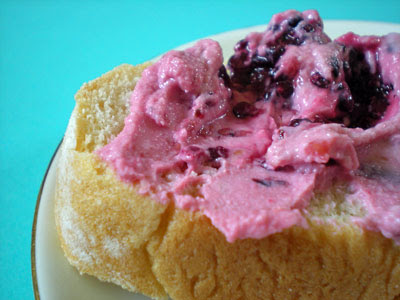 I'd never heard of yogurt cheese before I started making my own yogurt. And although you can certainly make it with storebought yogurt, I haven't. This means that my yogurt cheese, made from yogurt that contains no pectin or gelatin, may turn out a bit differently than yours, but if anything, cheese made from storebought yogurt that contains these additives (and even big-name organic versions typically do) will probably set up firmer.

Plan on 24 hours for this to release enough liquid to spread well, though you can let it go a bit longer if it's still releasing significant moisture. Factors such as whether or not you've used frozen berries and if your yogurt contains stabilizers will affect the rate at which your cheese sets up. You can dip a spreading knife into the yogurt cheese at twelve-hour intervals and see how it's coming along. If it's still fairly loose, with a lot of moisture, re-cover the sieve and return it to the fridge for another few hours. [Note: As with regular yogurt, it will continue to exude moisture indefinitely, but once the cheese is spreadable, it's ready.]

Checking the texture of the cheese
. . . this batch still has a lot of moisture in it 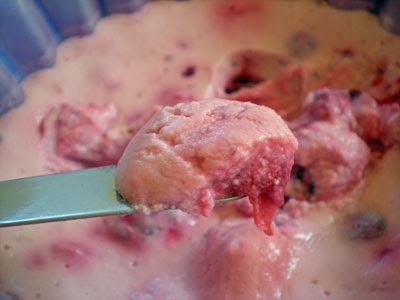 This is a really good recipe for kids (okay, for everyone else, too). Loaded with calcium, low in fat (if you use low-fat or nonfat yogurt), and full of the antioxidants that berries provide, this sweet, healthy spread is a perfect topping for bagels, muffins, graham crackers or Nilla Wafers, or fruit slices.

1. In a small mixing bowl, combine all ingredients, breaking up the berries a bit as you stir. 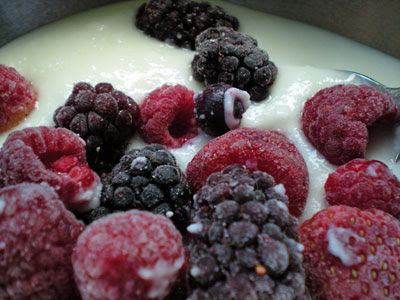 Drizzling the honey over the berries and yogurt . . . 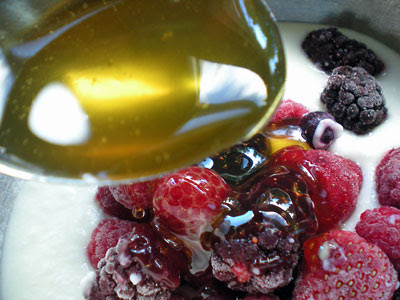 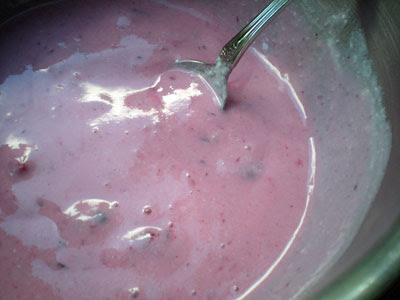 2. Line a sieve or small colander with a triple layer of coffee filters or white paper towels and set it over a bowl. 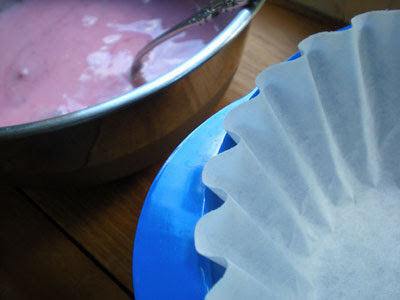 3. Spoon yogurt mixture into the sieve. Cover tightly with plastic wrap and refrigerate for 12 to 24 hours. Check the bowl a couple of times during that period, and discard the liquid that has accumulated there. 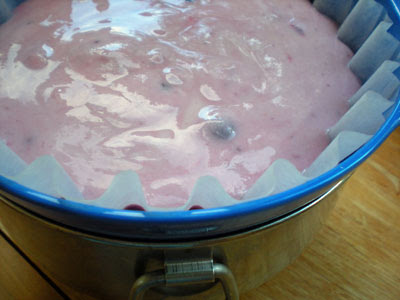 4. When the yogurt mixture appears relatively firm, like cream cheese, and there's only a tablespoon or two of liquid in the bowl, your yogurt cheese is ready. 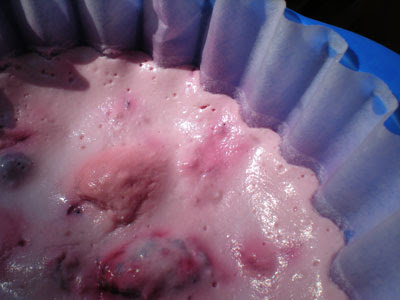 5. Spoon the cheese out of the sieve and into a glass or plastic container with a tight-fitting lid and store in the refrigerator. The cheese will keep for 3 to 4 days. [Note: Any liquid that continues to accumulate around the cheese can be gently blotted off with a folded paper towel.] 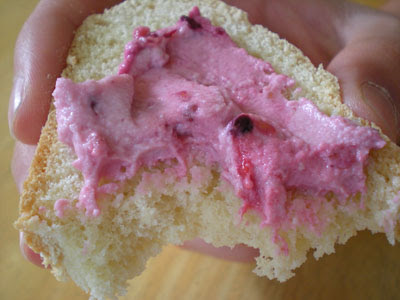